Like other religions in the world, Witches have their fair share of important symbols. Each symbol is the place where spiritual energy and the witch will meet and become one. In the Witch Craft article below, we’ll be taking a look at ten of the most important Wiccan symbols within the religion.

The power of symbols

The symbols are one of the most prevalent and powerful things that human beings have ever created. The power take big ideas and abstract concepts and present them in a way that we can better understand and internalize.

For Wiccans and even non-wiccans, the pentagram is a symbol that almost which associate with witchcraft. The four bottom points of the star stand for the four traditional elements - air, water, earth, and fire. From one point of view, magic has a strong power as the supernatural. 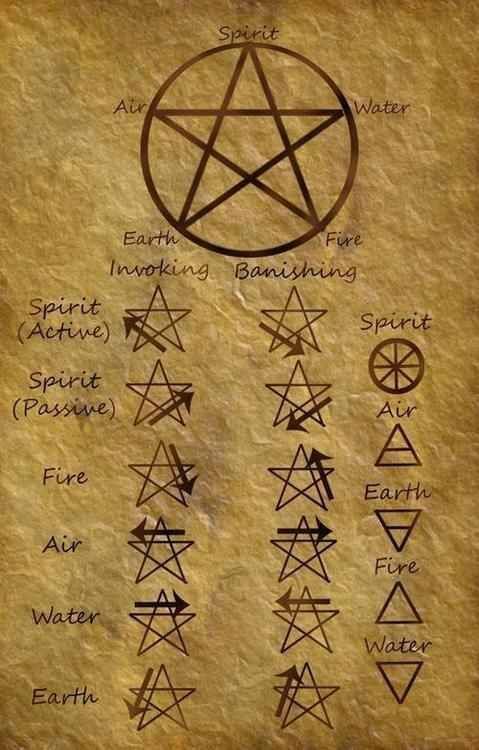 Spirits and spells and incantations could all be considered supernatural and there are plenty of those in the magical world! The highest point on a pentagram represents the divine. The divine, for some witches, is a God or a group of Gods and Goddesses, but for others, it’s more abstract. Regardless, the huge number of witches have some conception of divine or spiritual energy that influences and presides over the physical world.

The Horned God is the primary male deity of Wicca. His symbol has several layers to unpack. However, if you’ll think back to the symbol of the triple moon we have mentioned in the previous article, you’ll notice that this one looks similar. This symbol could also be interpreted as a slim, crescent moon resting on top of a full moon.

It invokes the Triple Goddess and the Horned God as a pair. You may hear them referred to the Lord and Lady of Wicca. It is simply another way that we symbolically link the power of God with the power of the Goddess. Within witchcraft, there are four, traditional elements recognized as Earth, Fire, Water, Air. Although you now know that the universe is made up of much more than these four things, they continue to be used as representations for the natural world. The moon is always in flux. As a month develops, it grows from just a small, faint sliver to the bright, radiant full moon. From there, the moon begins its journey back to nothingness as it grows smaller and smaller. In the center, the full moon. And on the right is the dying waning moon. When taken all elements together, these three phases represent the never-ending cycle of birth, life, death, and rebirth.

The Celtic knot, which is also known as the triquetra, is a symbol of threes. The single line is made from intersects itself exactly three times, creating three leaf-like sections in the design. In the past, some witches used this symbol as another symbol to represent the Triple Goddess, and there’s nothing wrong with this. Like a circle, the Celtic knot is made out of one unbroken line that has no start or endpoint. Despite of this, within this infinite line, three finite, distinct sections are created. Something tangible, something countable emerges from infinity.

The witch’s knot is absorbed in that it’s a symbol. For a long time ago, this shape has been around and during that time it’s been commonly used as a means of banishing or warding off evil. On the other hand, unlike some symbols that only act for pictorially, witches will actually use twine or rope to create this very knot. This is one symbol that you can hold in your hands.

7. The Wheel of the Year

The wheel of the year is the magical symbol that can help witches navigate through the ever-changing seasons. Just like the circle, one rotation around the wheel of the year is always followed by another. It creates a rhythm that allows us to sync ourselves with the natural process of birth, life, death, and rebirth. No matter where you may go from here on your spiritual journey, I’m grateful that we had this time to explore the world of Wiccan symbols. It’s my sincere hope that you’ve been enlightened by what you read.